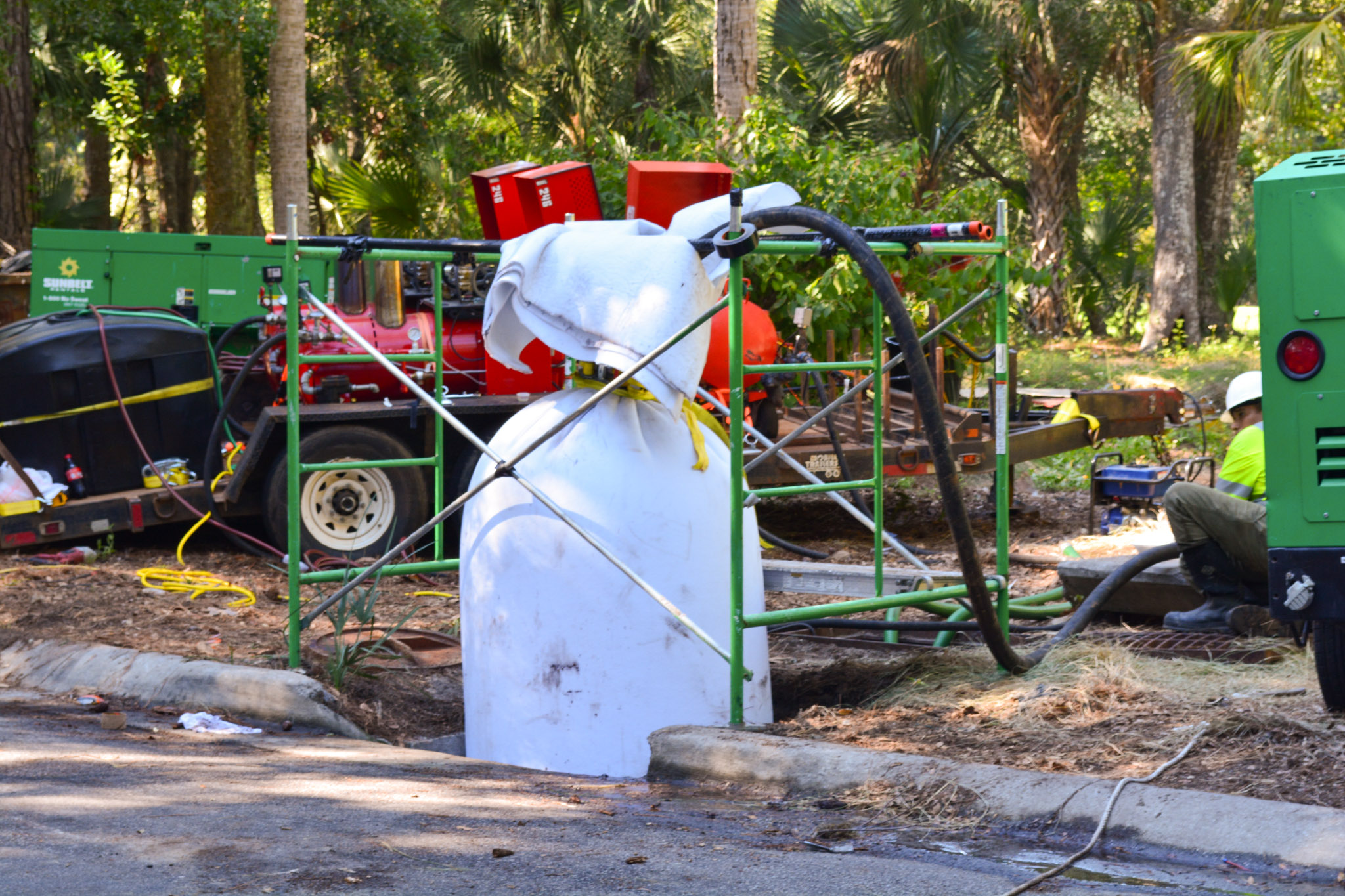 Above, a liner end is closed and steam is forced through in a process that cures and hardens the liner.

The association invests approximately $1 million annually in an ongoing effort to maintain and repair existing drainage infrastructure. Drainage work is currently underway in the area of Greensward Road, Conifer Lane and Oyster Rake to improve water flow in these areas and on the Kiawah Island Parkway.

The work is taking place on three connected systems. Pipes from the Oyster Rake system cross under the parkway and drain into Pond 6 and then Pond 13. The pipes are primarily metal and have deteriorated since they were installed in the early days of Kiawah’s development. Many of the pipes were inspected in 2020 with a camera system. The inspection revealed numerous joints that allowed sediment to leach into the system and clogs from that sediment and other debris, which was being carried further into the system by the connected drainage. The result is a less than optimum drainage capacity in the system.

The repair will be made by KICA’s contractor Nu-Pipe, which will line the pipes that cross under the parkway, as well as the connection between Pond 6 and Pond 13, with a liner that cures in place, creating a new thick-walled PVC pipe inside the old pipe. The new pipe will have no joints, so there is no sediment infiltration. The new pipe will be structurally stable and does not degrade even in a saltwater environment. According to the director of Major Repairs and Replacements, Will Connor, the new pipes created using this process are “the best case scenario” because roadways, easements and even fairways don’t need to be disturbed to replace these old metal pipes.

Initially three separate projects, KICA will save approximately $50,000 in drainage system de-watering by deploying at one time. As this is a nearly $700,000 project (which is currently under budget), the savings is significant. The project is expected to take about two more weeks of work to complete.