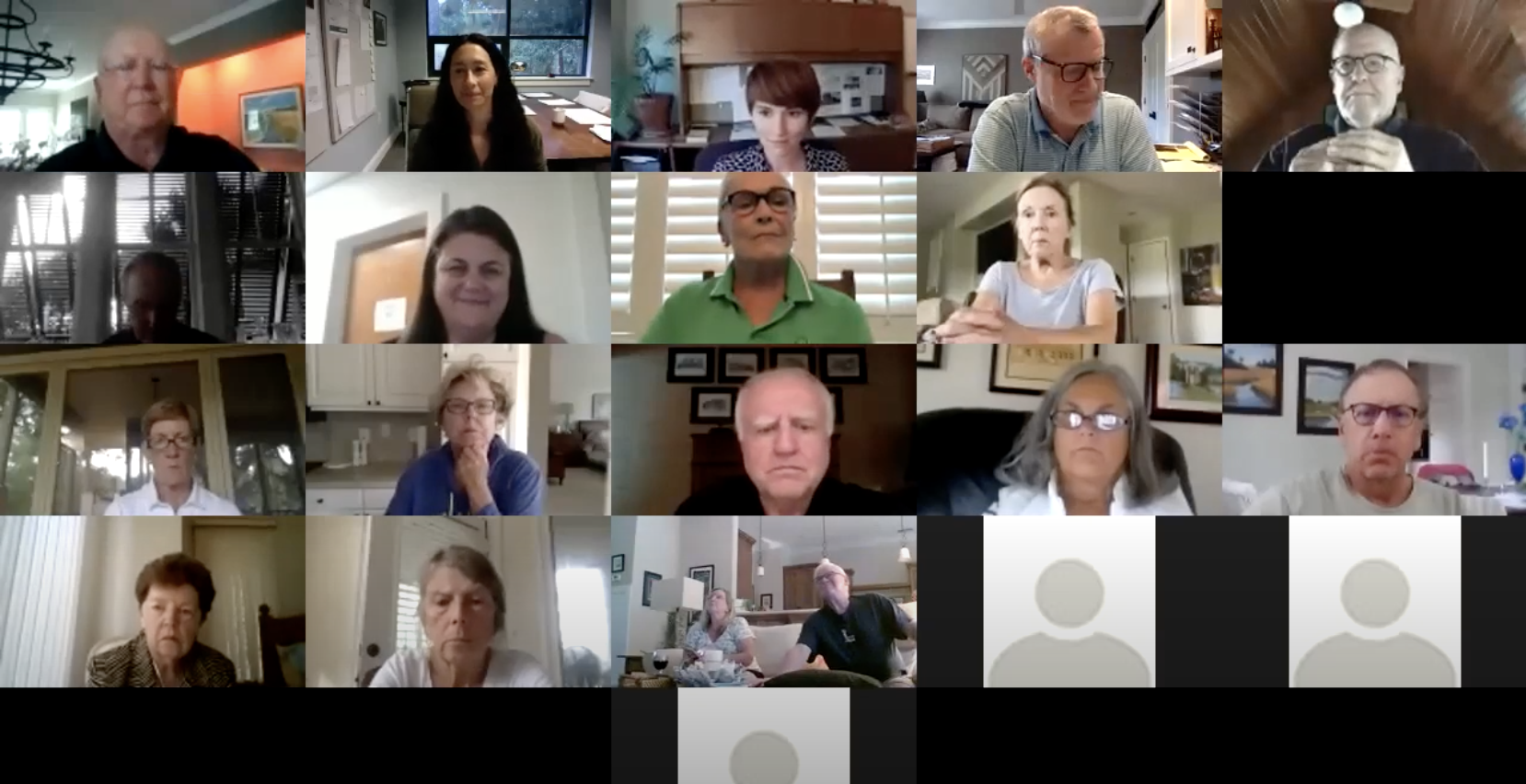 What Members Reported at the Community Outreach Meetings

The Community Outreach Task Force was announced in the spring of 2020 to provide an alternate avenue for community members to share ideas, comments and concerns with the KICA board, outside of board meetings. Director Brad McIlvain chaired the task force, and was joined by board vice-chair David DeStefano and secretary Jerry McGee. In October, the task force hosted five virtual community outreach conversations with more than 150 members representing all member types across the island. These meetings were recorded and are available to watch here.

The task force members prompted several topics of discussion, as well as general conversation. Input was sought from all participating members.  Votes were not taken on issues raised. However, except where noted members did not express disagreement on issues raised by other members.  Specific staff related concerns and questions were reported to the appropriate KICA department to answer or resolve. Members universally praised the outreach efforts and hoped they would continue. Below is an overview of the general discussion, all of which has been shared with the board of directors.

The task force prompted the general question of how the KICA board can better serve the membership.

Members expressed frustration with the KICA board meeting privately in between public board meetings for informational workshops. Some members members would like all board meetings to be public while other members suggested that a published agenda for non-public meetings would be sufficient. Members asked for information like board agendas to be published further in advance. Members commented that board members’ email addresses should be publicly available (the website now has KICA email addresses for each board member). Members expressed concern about KICA’s seemingly unclear decision-making structure after the family session at the heated adult pool was implemented.

Members expressed interest in more committees so that members have more opportunities to get involved with the association. Members also want more opportunities to participate in the decision-making process. Members were frustrated by the recent decision to allow families to use the heated adult pool, and wished to have been able to provide input before the decision was made. (There was overall confusion about the events leading up to the family session decision. Many members voiced their frustration about this issue and concerns about this specific topic were shared with the board.) This issue dominated the discussions after KICA announced the change in the adult pool.

Several members were concerned with the apparent internal conflict of the board that led to Diana Mezzanotte’s resignation as chair. (She is still serving as a director.) Members inquired about how women are treated and what the board will do to change the environment to engage in a more respectful and productive way.

A member remarked that association culture should be a responsibility of the board and suggested the current perception is that revenue and compliance drive the culture when “community” should.

A member shared information on the creation of Advance Kiawah, a group started to promote inclusion and racial progress on Kiawah and to encourage the incorporation of these things into hiring practices across island entities. The group has been in contact with KICA’s HR Task Force and HR director.

The Architectural Review Board is overseen by the developer. This topic of discussion was prompted by the task force.

Many members expressed frustration with the complex or sometimes inconsistent processes involved in the review of exterior changes to their property through the Architectural Review Board, which is operated by the developer. Members expressed a desire for KICA to advocate for more efficient ARB processes and/or absorb the ARB into the association to control processes. At least one member indicated that she believed the purpose of KICA representation on the ARB was to facilitate an easier review and approval process for members.

Island rental property rules and restrictions are enforced by the Town of Kiawah Island.

Many members expressed frustration with island visitors who frequently disobey the rules. Members asked KICA to do more to help visitors understand island rules, suggesting more education and a comprehensive approach and plan in collaboration with other island entities. Some suggestions included providing more signage and more info to rental companies.

Members expressed that the town and KICA could do more to make sure members and guests obey the island rules. Members suggested KICA should provide more rules education to members and use more fines instead of warnings. Members were interested to understand how the responsibilities of enforcement were split between KICA and the town, so that they knew who to contact to report violations. A member asked for stricter enforcement of KICA covenant violations and several commented on speeding issues. Common frustrations were visitors parking unauthorized in private lots near beach accesses, bicycle etiquette and riding on roads, lights on the beach and inconsistent enforcement.

Some members expressed that there could be improvement in the landscaping of some side streets and cul de sacs, as well as more pruning to reduce line-of-sight issues. Leisure trail pruning was also noted. A member suggested using less grass along roadways and more plants that don’t require irrigation.

Sand accumulation on many boardwalks is an ongoing issue remarked upon by many members. Members expressed the desire for the design (stairs vs. ramps) of some boardwalks to be reconsidered to improve ease of use and safety.

This topic was prompted by the task force. Board Vice-Chair Dave DeStefano has initiated a consideration of leisure trail improvements including repairs and widening.

Some members expressed a desire for leisure trails in areas that there currently are none. Several members noted the safety issues where trails intersect with roads and pedestrians who do not obey the stop signs. Several members noted areas where the trails could use repairs and some were interested in expanding the width of trails. Members also expressed interest in more trail signage displaying rules for use and types of vehicles that are not permitted. A member expressed concern that the eBike discussion was the impetus for the leisure trail discussion rather than an overall guiding principal.

Several members asked about KICA’s strategy for road care and replacement. In particular, Atlantic Beach Court was brought up in reference to a member who protested about the condition of the road.

One or two members expressed interest in an electric vehicle charging station.

KICA does not manage regimes but offers support to regime managers and boards.

This topic was prompted by the task force. KICA’s board has recently been seeking feedback to understand member opinions on the use of electric bicycles for members-only on Kiawah. eBikes are currently prohibited.

Members expressed divided opinions on allowing eBikes. Some members had safety concerns and others strongly supported the use of them. It was suggested that the condition of leisure trails should be addressed before eBikes are given further consideration.

The task force would like to thank all of the community members who took the time to share their comments and concerns with the board. The board has reviewed and will discuss all of the feedback provided, and will work to prioritize action items. Meanwhile, staff have also been informed of reported issues and are working to address any that can be acted upon immediately. The task force has recommended the continuation of open community conversations on a quarterly basis, and this winter, the association will survey all members to gain an up-to-date understanding of member preferences, which will form the basis of all board decisions. As always, members are encouraged to contact the board at any time to share thoughts or concerns by emailing [email protected].