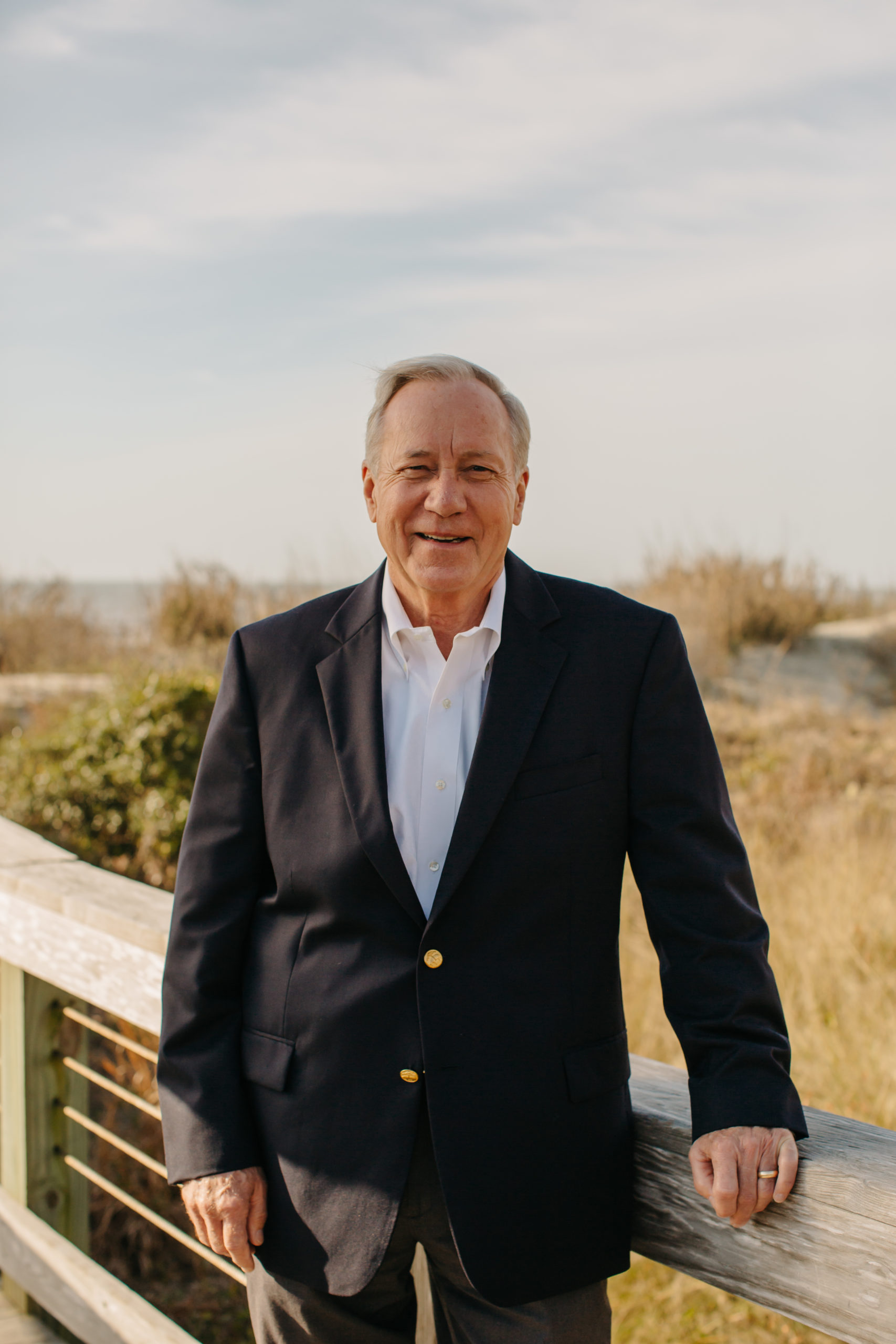 In addition to eight elected directors, the Kiawah Island Community Association board of directors has a permanent seat for a developer director, currently Townsend Clarkson.  A South Carolina native, Townsend lived in Columbia and earned a degree in accounting from the University of South Carolina.  After four years as a CPA, then a controller at Fripp Island, SC, and as senior vice president of Finance for Amelia Island in Florida, he came to Kiawah in 1988 as chief financial officer and then chief operating officer, a position he held until his retirement about a year ago. Finance is a family profession, as his wife and son are the CFO and Assistant Controller for Kiawah Partners. Townsend has three sons, two daughters, and nine grandchildren from infants to a recent college graduate.

Although a “finance person,” Townsend credits his people skills with his successful career and views his contribution to Kiawah Partners in management as more important than in finance. He was regarded as firm but fair and got along well with employees at all levels of the organization. He believes in the need for the four behavioral styles in organizations: thinker, talker, doer, watcher, and always sought employees eager to contribute. “When you are sitting around with your peers, and your boss says, ‘We need X,’ it’s important to be the first to volunteer, whatever X is. Your worth to a company is directly related to the problems you solve,” Townsend said.

Townsend firmly supports the philosophy of the current and previous developers that everything about Kiawah should be first class. “Financial guys like me are sometimes all about the numbers, but even in tough times, the developers have always wanted to take quality up a notch rather than be guided strictly by numbers,” he said.

Although officially retired, Townsend continues to work for Kiawah Partners on retainer. He participates in operations and strategy, Kiawah Island Club management, and serves on the boards of The Settlement and Cassique as well as the KICA board. His longevity provides a consistent link to the past.

When not working, Townsend can be found cooking and gardening at his home on Edisto Island, or hunting, shooting sporting clays, or joining his sons in a golf foursome (as the weak link, he noted). He has served on the boards of the United Way, Boy Scouts, Habitat for Humanity, and the Barrier Islands Free Medical Clinic, for which he is currently board vice chair.

Some KICA members have questioned the need or advisability of the developer having a permanent seat on the KICA board, which is granted by the KICA covenants. Townsend’s chief contributions are to help board members understand the original vision of Kiawah development and help keep it on track, and to provide the only continuous link on a board with frequent turnover. The institutional knowledge Townsend contributes is invaluable.