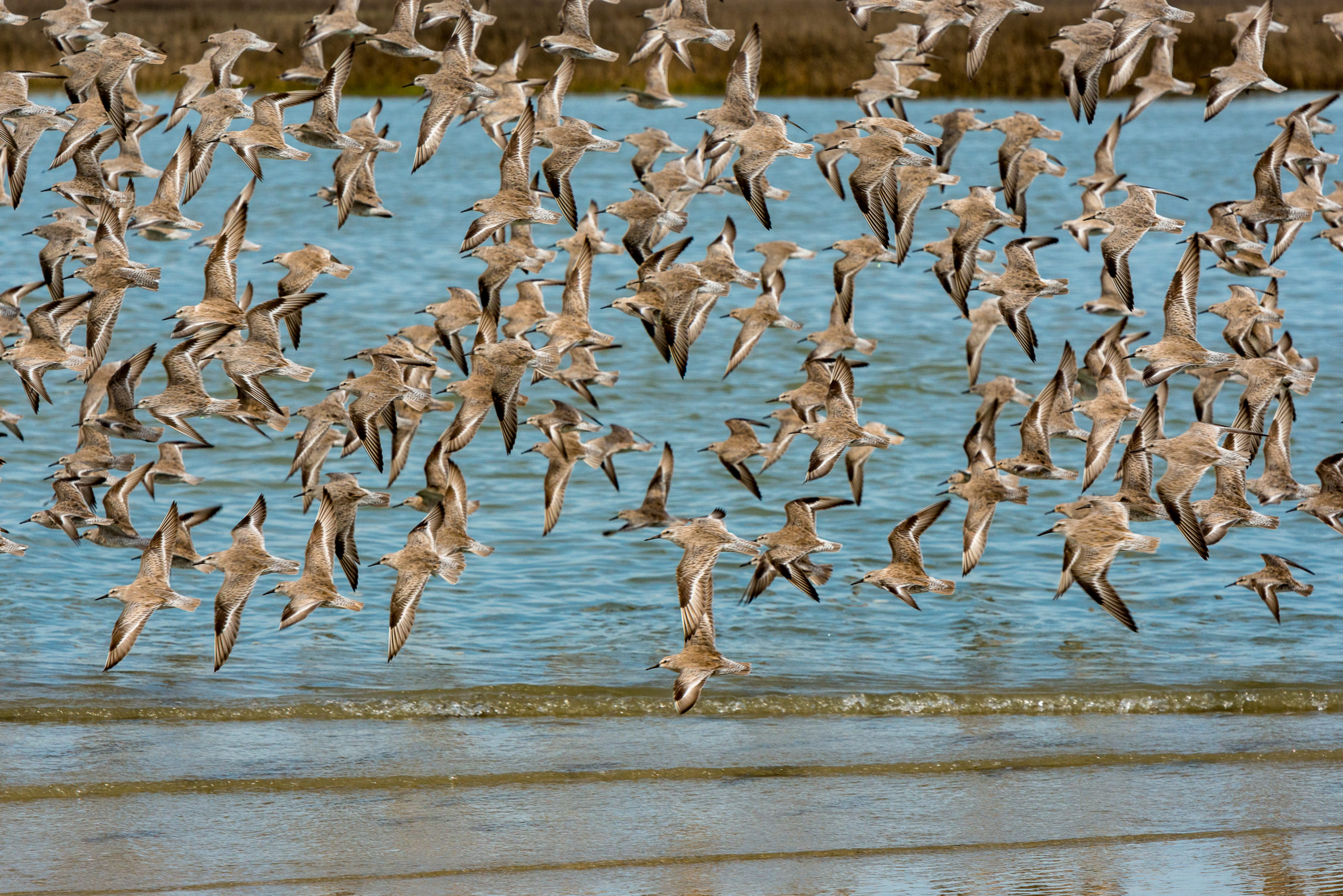 Their names are familiar on Kiawah: Ruddy Turnstone, Sandpiper, Piping Plover and Whimbrel. Did you know that these shorebirds are species that are declining in numbers at a frightening rate? Another bird doesn’t have a street named for it, but it’s just as integral to the island’s ecosystem: the Red Knot (Calidris canutus rufa). This annual visitor to the island is a federally threatened species, with numbers hovering around just 42,000 individuals. These birds have long nested in the imaginations of ornithologists and bird enthusiasts alike; Audubon supervisor Alexander Sprunt Jr., in the 1949 edition of South Carolina Bird Life, remarked that their “untrammeled wildness and freedom…is equaled by few and surpassed by none.” Many people never get to see, let alone save, these little birds but Kiawah property owners can do both.

Each year from February through May, the Red Knots come to Kiawah and Seabrook. Flocks of birds arrive a nondescript gray from their home in the southern tip of South America. Once here, they spend their time feeding and resting up for their long journey north. For the Red Knots, the island is more than a stopover; it’s a safe haven. This robin-sized migratory shorebird travels a distance of over one-third of the Earth’s circumference annually to get to its breeding grounds in the Arctic.

The birds feed at low tide on bivalves called coquinas, which you can identify by the indentations they create in the sand as water recedes. Red Knots must feed constantly when they are not resting. On the island, they will develop their characteristic red breeding plumage but they will also double their body weight in preparation for the remainder of their journey. 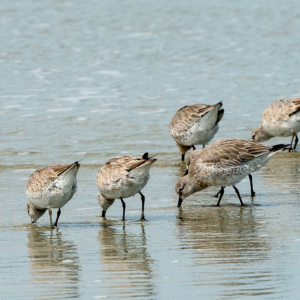 Shorebird Steward Bette Popillo emphasizes that Kiawah property owners can make a real difference in the fight against the decline of this species. “In the 1970s, they were seeing flocks of 12,000 Red Knots on Kiawah, which has been a historic area of refuge for these endangered birds. Now we’re seeing just a few thousand some years. We’re so lucky that we can really play a part in the survival of this species!”

According to the US Fish and Wildlife service, the smaller populations that remain face many challenges, including sea-level rise, development, reduced food availability at stopover areas (such as the decline of horseshoe crab populations), climate change, and disturbance by vehicles, people, dogs, aircraft, and boats. On Kiawah specifically, disturbances and reduced food availability are the biggest concerns and areas where individual members can make the biggest difference.

With each passing year, scientists are counting fewer and fewer of these birds. In a 2020 article titled “Shorebird research underscores importance of South Carolina beaches,” the Post and Courier reported that “Ongoing research by South Carolina Department of Natural Resources biologists has begun to highlight the particular significance of South Carolina beaches in these migrations – with data showing that as many as two-thirds of the birds here fly directly to the Arctic after leaving our beaches.” Each year, the birds that make it to the breeding grounds and successfully reproduce are a robin-sized piece of Kiawah’s own legacy of conservation.

If you want to help these amazing birds, there are a few things you can do.