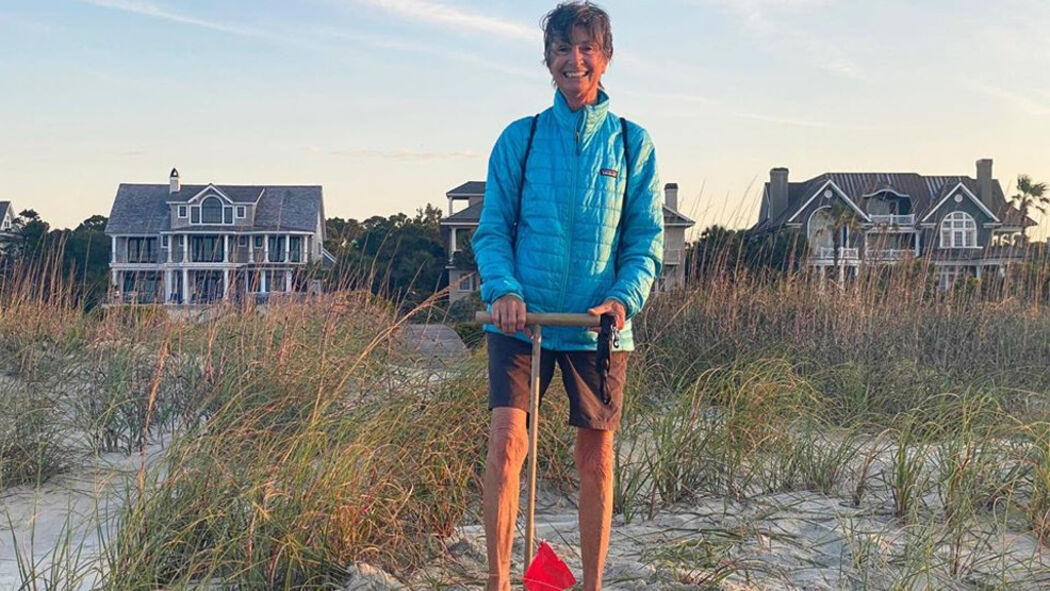 2022 is the 50th year of a turtle protection program on Kiawah. Kiawah’s Turtle Patrol has persevered and thrived from initial efforts by two College of Charleston students in 1972, when the Royal family still owned Kiawah and raccoons destroyed over 80% of nests, through decades of challenges and changes, including: a year’s worth of nests destroyed by 20 inches of rain in 20 days in August, 1974; building and losing hatcheries; near-death of the program in 1988 when the Kuwaitis ended their Kiawah interests; multiple stewardship changes; a turtle touring the Ocean Course when it was under construction for the Ryder Cup and eventually captured by scuba divers for relocation by truck to the ocean; and allowing visitors to participate in protection efforts.

For the last 20 years, Lynne Sager has volunteered with the Turtle Patrol, and has led it since 2016. In August, 1998, she and her husband Steve visited Kiawah for a day when helping their son settle into an apartment in Charleston, and immediately fell in love. They closed on their first Kiawah home the following January. Lynne was intrigued by the loggerhead turtles and wanted to join the Turtle Patrol, but was turned away because it was accepting only full-time residents then. Disappointed, she had to wait four years until she moved to Kiawah full time. Since then, the Turtle Patrol has been a beloved hobby and her main activity. In 2021, she logged 640 volunteer hours from May to October.

Lynne is not alone in her fascination with Kiawah’s loggerheads. When President Biden visited Kiawah in August, inventories of turtle hatchlings were underway. During inventories, hatched and unhatched eggs are counted and hatchlings still in the nest but ready for the ocean are helped to the sea by volunteers and viewers who do not touch the tiny turtles, but sometimes form a corridor to protect them from gulls or other predators. A couple of Secret Service agents witnessed a march of the hatchlings to the sea, and Lynne said the experience became “the talk of the Secret Service.” Agents began to appear and within a few days, about a dozen showed up to view an inventory, even walking over from their guard shack on Flyway Drive.

Once she began volunteering, Lynne worked her way through the ranks of the Turtle Patrol, from a volunteer patrolling nests to a Zone Captain and the Turtle Patrol Board and finally, to Permit Holder, the title given to the program chair. The numbers of Turtle Patrol volunteers and nests have grown in tandem. The handful of people in the 1980’s became 292 this year. The number of turtle nests varies from year to year but the average of under 150 nests that was typical until the mid 1980’s hit 547 in 2019, the banner year, and 491 this year as of August 31. 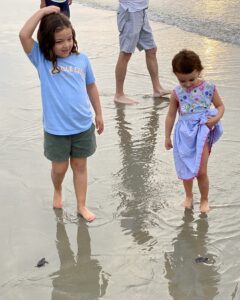 The Turtle Patrol work has been more than a passion for Lynne; it has helped her through a family crisis. A couple of years after Lynne became a patrol volunteer,she said, “my husband had an aneurysm burst in his brain. My work with our beloved loggerheads kept me busy, focused on something important and less stressful than my husband’s condition.” Fortunately, Steve recovered completely. Her turtle work has also given Lynne needed relief during more recent emergencies. “

I’m working to ‘Save the Loggerheads,’ but for a time, they saved me,” she said.

Lynne is not a scientist, but she was a wildlife enthusiast and a teacher, and she relishes the educational aspects of Turtle Patrol work. She taught health and physical education, coached girls’ high school gymnastics, and worked with students with Down’s Syndrome and attention deficit disorder. The patience she learned in those roles, as well as mothering four children born within seven years, has served her well in dealing with recalcitrant beachgoers who decline to extinguish lights on the beach at night or fill holes they dig, both hazards for the turtles.

Lynne’s work is intensive and varied. “Every day is different,” she said. Data collection and entry, collecting DNA, patrolling on the beach (she is assigned dates by her zone captain, just as all volunteers) are regular activities. She is also one of six drivers for the nesting patrol truck, and has regularly assigned dates. As a Permit Holder she attends a mandatory Department of Natural Resources (DNR) training program every spring. She prepares an annual report that includes ne

sting and hatching numbers, changes on the beach, any new difficulties or improvements, educational initiatives, and more. Readers can see these reports at http://www.seaturtle.org/nestdb/index.shtml?view_beach=54&year. She provides copies of the permit to each zone captain because volunteers working on the beach must have the permit on their person. 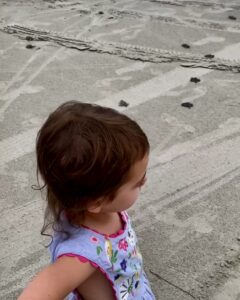 One of Lynne’s responsibilities as Permit Holder has been to process material for genetic testing. She collects DNA from dead hatchlings when possible, or unhatched eggs or even the hatched shells at inventory time, if an egg wasn’t able to be taken when the nest was first laid. From the yolk of unhatched eggs, DNR researchers can tell where the mother turtle has fed.

For the first time this year, Kiawah provided transportation of stranded live turtles to the turtle hospital. Lynne dealt with four stranded turtles this year. One, which they named Gemini, had swallowed two fish hooks. She is still at the Aquarium’s Turtle Care Center and recuperating nicely under their care.

Kiawah’s turtle protection efforts benefit, said Lynne, from “tremendous support from the Town, the Resort and KICA. I rely on Town wildlife biologist Jim Jordan to identify predator tracks and handle data entry at seaturtle.org during the nesting season, and as my connection to the Town’s Administration.”

Working on the Turtle Patrol is a popular volunteer activity on Kiawah from May 1 to October 31. Residents and visitors, full- or part-time can work for a full week to become a patroller. Lynne already has people signed up for next year but suggests that people contact her after January 1, 2023 ([email protected] or 843.670.7063). Sign-ups end at the start of the nesting season when Zone Captains complete their hatching patrol schedules. However, anyone interested after the deadline is welcome to “shadow” patrols.