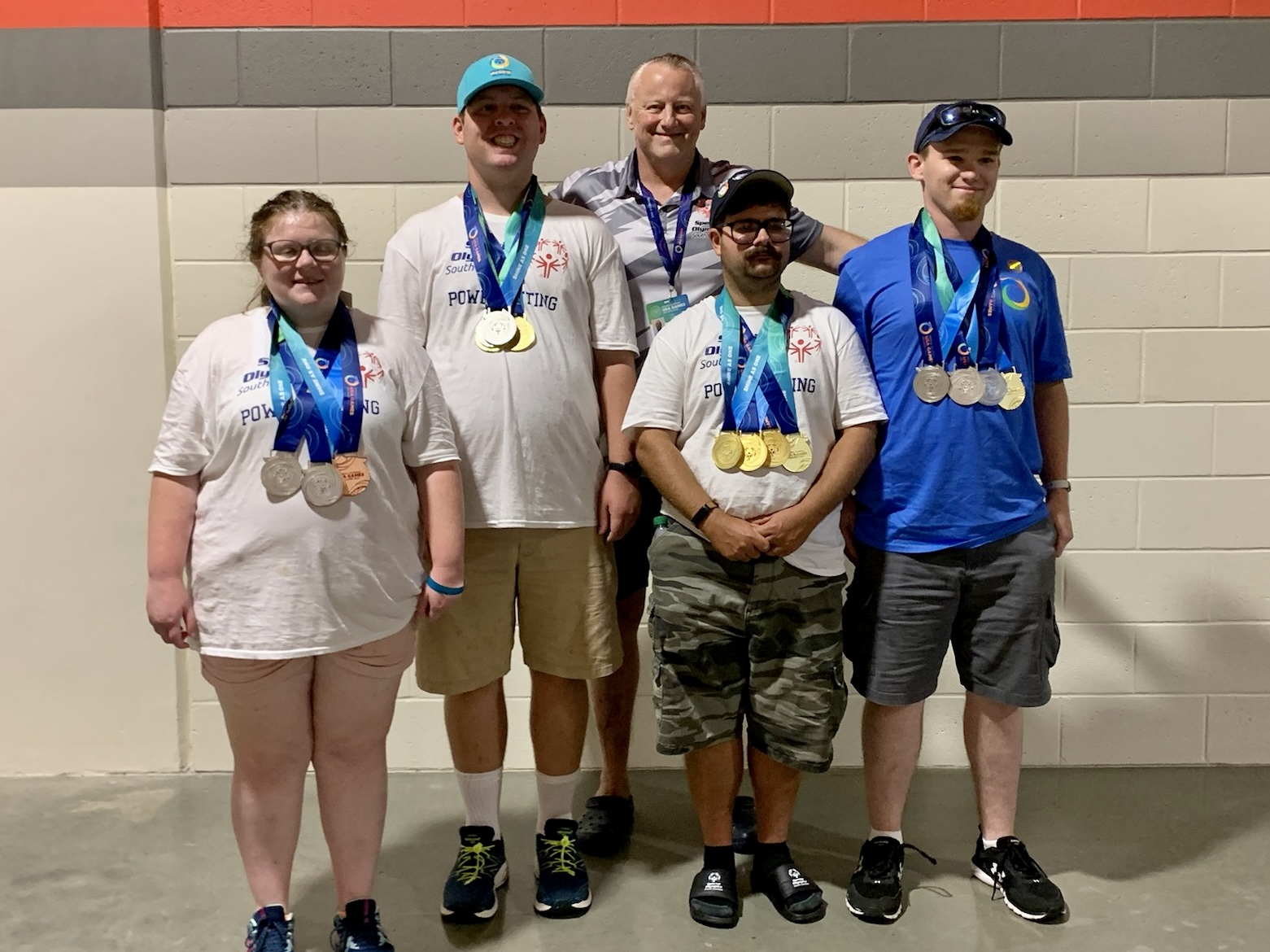 One of the many emotional achievements of the week was captured on video. Carl coaches two of the Special Olympic athletes locally through the Town of Mt. Pleasant’s Therapeutic Recreation program, Mark Vito and Kaitie Spears. The first athlete to compete in the games was Mark, and Carl reported he was nervous. Mark went on to sweep all four of his events on Monday, winning four gold medals, and was named National Champion for his weight class. This video shows Carl (red shirt) encouraging Mark off-stage before his event. Mark walks confidently to the stage and lifts a personal best of 220 lbs. Caution: the joyous celebration that follows may bring tears to your eyes.