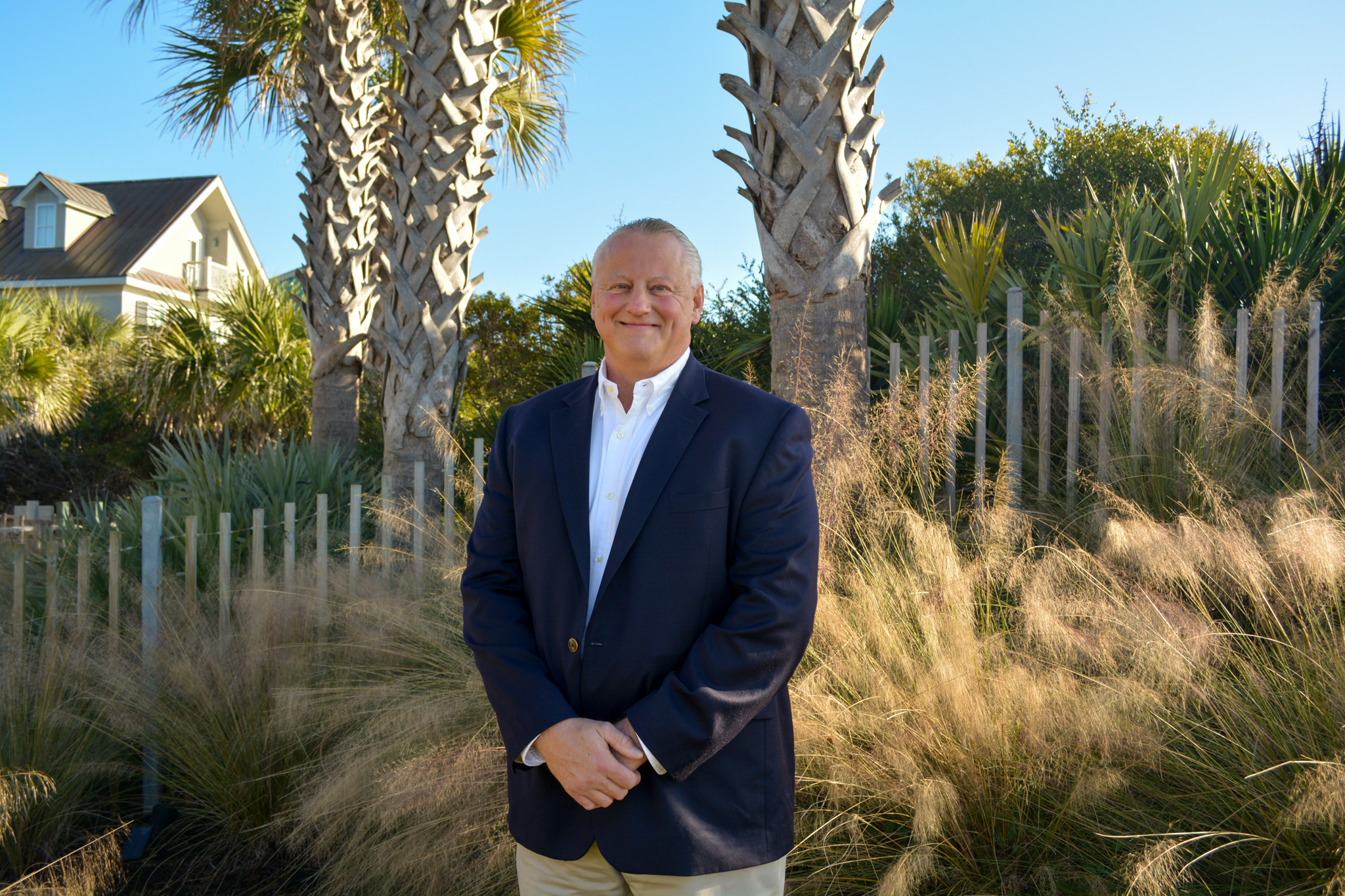 KICA’s new Director of Security, Carl Ritchie, feels a bit like he’s come full circle, returning to an island that peppers his history with appearances. Carl found his way back after retiring as chief of police for the Mt. Pleasant Police Department, where he served for 32 of his 37 years in law enforcement.

With a career that is bookended by Hurricane Hugo on one side and a global pandemic on the other, he’s dealt with his share of challenges and more. Carl has worked through infrastructure failures and paralyzing weather events, alongside more sensitive tasks, like balancing public safety and citizen’s rights during civil unrest. Throughout his career, the Lowcountry has also experienced explosive growth, taking the 30-person team he started with to 166 personnel before his retirement.

Carl credits his parents with his original inclination toward service, one that only grew stronger in the United States Air Force, where “service over self” was part of daily life. After leaving active duty, he returned to find his calling in police work, first in North Charleston, then in Mt. Pleasant. In 37 years, he held every ranking from Patrol Officer to Chief, and worked in the narcotics unit, SWAT, special operations, criminal investigations and more. As chief of police, he administered a budget of $17 million, worked closely with citizen groups, outside officials, and coordinated with other law enforcement and emergency response teams.

The drive to service didn’t end when his career did, a feeling many members can relate to. Carl was recently elected to Mt. Pleasant Town Council, a part-time but serious role for the community of 100,000. “I love the town and wanted to continue serving, especially to support our first responders. I’m no politician; I’m a public servant.”

His return to the island began on Tuesday, Dec. 14 when he stepped into a role that feels a bit foreshadowed. Prior to starting his police career, he worked in private security for the company that contracted with Kiawah, and spent three months manning the island’s security gates. What’s more, his father was the one-time captain of the island’s private security force. Touring the Commercial Pass Office, he met a familiar face: KICA’s longest-serving employee Sharon Green. Sharon, now part of the Security team he will manage, had worked for his father in the 70s and early 80s.

A Johns Island native who grew up off Maybank Highway, Carl lives in Mt. Pleasant with his wife Vicky and their three dogs. Together they have seven grown children and 3 grandchildren. Once a competitive powerlifter (he still holds a Police and Fire record for Deadlift), he coaches Special Olympics athletes through the town’s Therapeutic Recreation program. In 2022, two of his athletes will compete in the powerlifting competition at the Special Olympics USA Games. Reflecting on all he’s accomplished, he notes that “part of a rich life is giving it back – not keeping it all for yourself.”