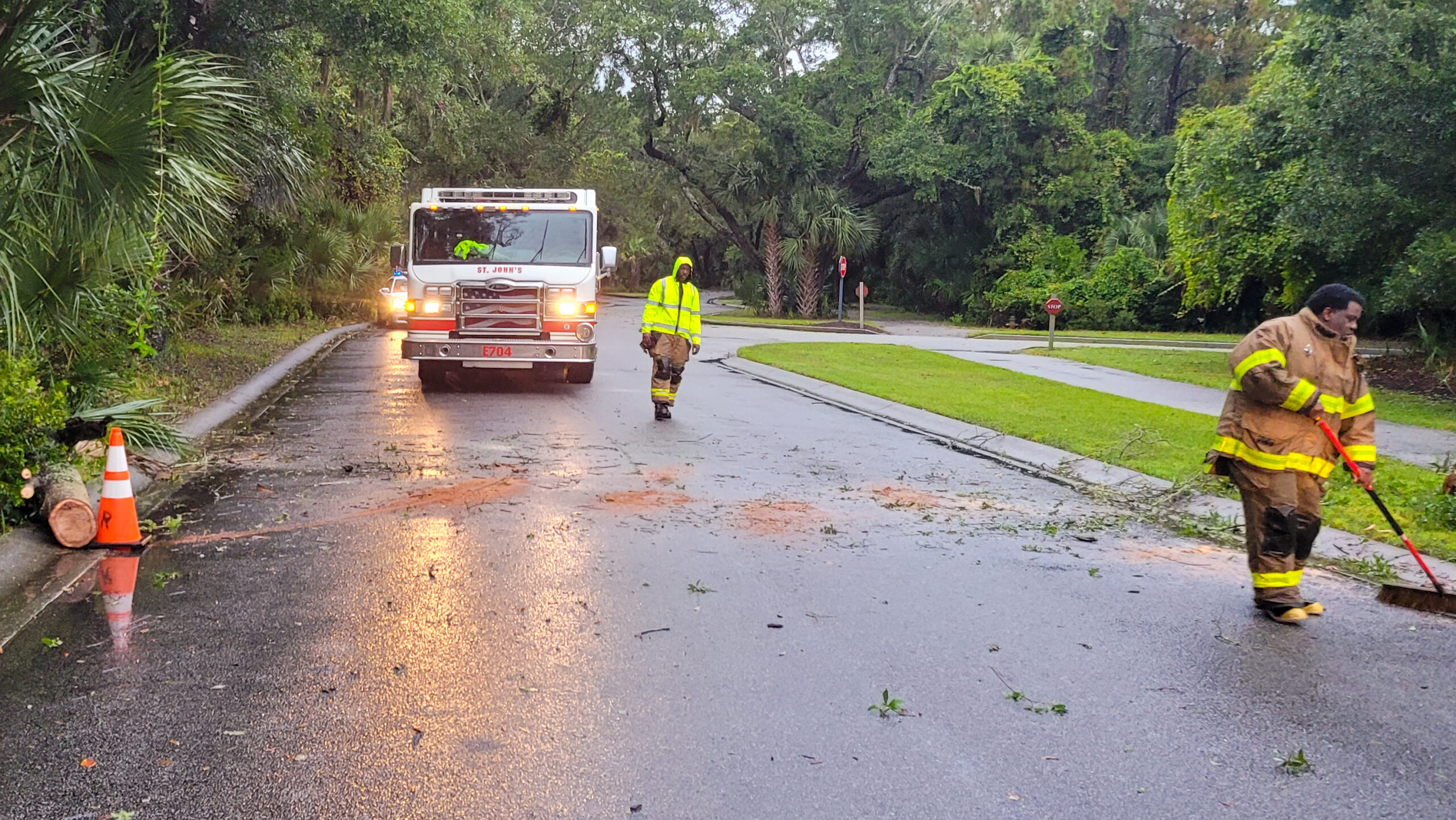 Hurricane Ian’s impact on the island came as entities and staff had been preparing for nearly a week for its arrival. Ian was a low-level category 1 storm when it made landfall north of Charleston on Friday, Sept. 30. The storm’s track proved fortunate for our community. “The storm hitting north of us meant off-shore winds pushed water away from the island. In Myrtle Beach and North Carolina they saw the opposite, where onshore winds packed water onto land and they experienced the worst flooding for the East Coast,” noted KICA’s Lakes supervisor Matt Hill.

As a result, Kiawah received half of the predicted rainfall, just 4.16 inches over Thursday and Friday in contrast to the 6-10 inches forecast, and high tide came in only .66 ft over the prediction, at 7.34 feet. (See how KICA staff prepared for the predicted rainfall here. ) Kiawah also escaped the predicted 4-7 foot storm surge inundation. Winds were also less severe than planned for. The Timbers Kiawah weather station recorded a 50 mph gust, the highest reported on the island. KICA’s interior weather station only recorded gusts as high as 37 mph.

While overall, the storm caused minimal damage, the height of intensity wasn’t known until the storm passed. On Friday morning, St. John’s Fire Department and KICA staff worked to clear several fallen trees off of roads. As the storm neared and the threat of dangerous wind speeds and flooding increased, county officials pulled sheriff’s deputies and EMS off roads to take shelter. KICA’s did the same with Security staff in patrol vehicles and at the main gatehouse (the structure isn’t rated to withstand a hurricane, and staff had already been removed from the unprotected Vanderhorst gate), ushering them to the safety of Beachwalker Center. As soon as conditions showed signs of improvement, the deputies, EMS and KICA staff returned to service.

Director of Security Mark Ruppel noted, “We planned for the worst but the island fared well. I’d like to recognize our Security team, especially the officers who stayed on island and at their post until conditions dictated they seek shelter. We know that members are thankful for the dedication of our officers.”

When the clouds started moving out and the winds began dying down late Friday, the island hadn’t experienced the intense storm surge inundation or rainfall that had been predicted for our area. The ground and ponds easily accommodated the 4 inches of rain, main roads were passable and the inspection of side streets began. Several trees and branches had fallen, and a few areas had nuisance flooding (less than 12 inches), but there was no reported hazardous flooding (more than 12 inches).

Storm surge inundation would have resulted in flooding, as no pond system or stormwater drainage infrastructure can alleviate the force and quantity of inundation, but Kiawah’s luck shined, as there was no storm surge to recover from.

Over the weekend, KICA’s Land Management crews worked fastidiously to clear roads and leisure trails of debris, and the efforts continued into the week. By Monday, the signs of the storm dwindled, and after Thursday’s debris removal, little indication of Ian still exists.

While Ian brought in some cooler weather, it’s not the time to stop thinking about hurricane season. While forecasting science has gotten more accurate over the years, Mark cautions that “As we saw with Hurricane Ian, the unpredictability of storms makes it all the more important for members to take storms seriously, have a plan and monitor local and national weather reports.” The season officially lasts until Nov. 30 and, according to NOAA, “the peak of the Atlantic hurricane season is September 10, with most activity occurring between mid-August and mid-October.”