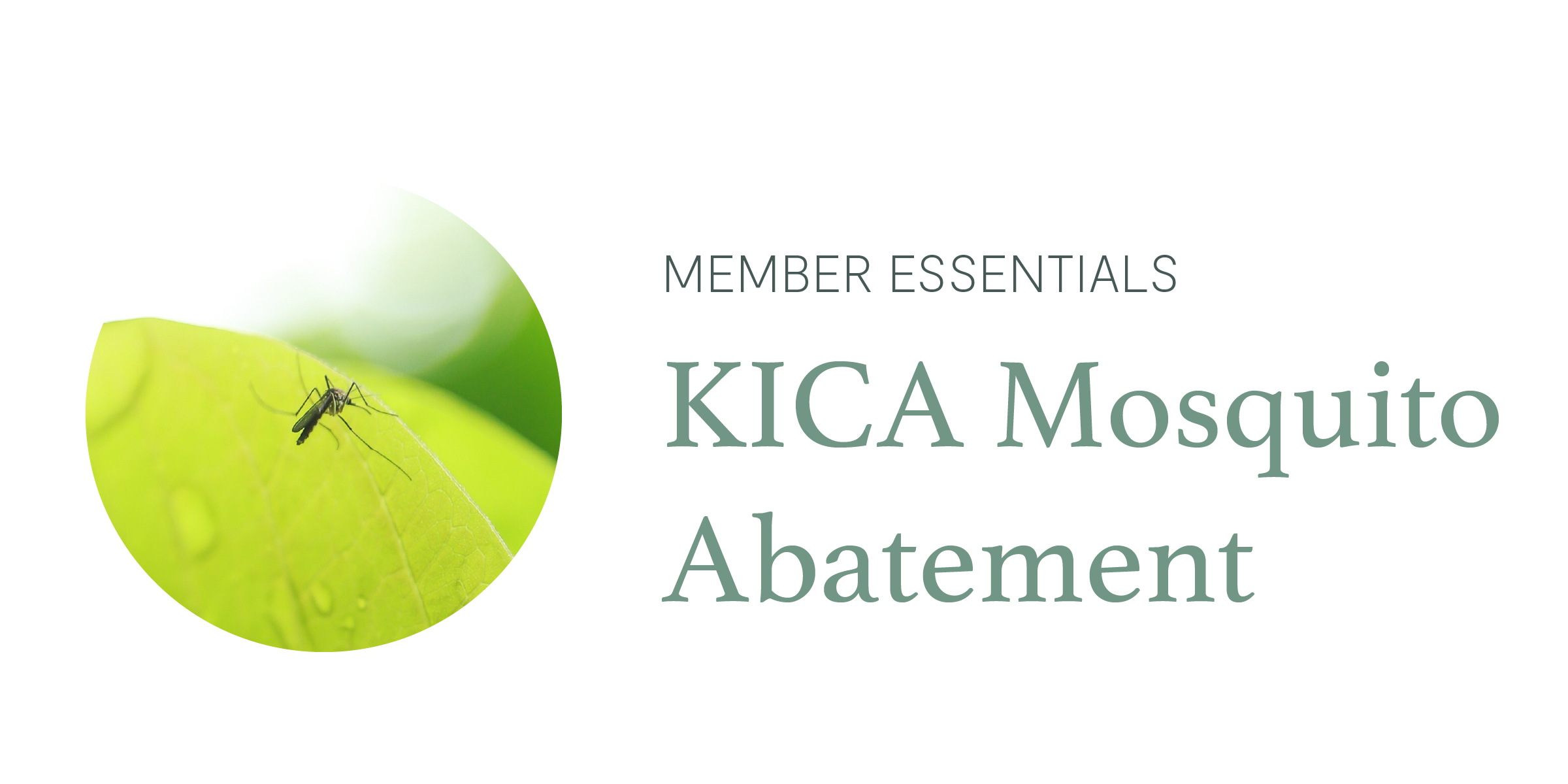 Did you know that there are at least 61 different types of mosquitoes in South Carolina? Thankfully, not all of these mosquitoes bite humans. In fact, male mosquitoes don’t bite at all. Their preference for nectar means some species are major pollinators of crops and flowers—even orchids. According to National Geographic, mosquitoes of all ages and sexes serve as a food source for all kinds of creatures, such as fish, turtles, dragonflies, migratory songbirds, and bats. In this way, mosquitoes are a foundational part of the ecosystem.

Water is a big factor in mosquito development. Most of Kiawah’s mosquitoes come from the salt marsh, low-lying areas where water temporarily pools, or man-made items that hold water. These can include birdbaths, rain gutters, and planters — basically anything that can hold a tablespoon of water for two weeks.

The mosquito life-cycle starts with a bite; female mosquitoes require a “blood meal” to produce their eggs. Afterward, they lay their eggs on pooled water. In drier weather, females can lay eggs in locations where water tends to pool, such as dried leaves, the bases of plants and containers. Once laid, the eggs will go dormant if there is not enough water available. Because of this, when water is plentiful, several different breeding cycles of mosquitoes can hatch all at once.

KICA’s Lakes Management team is made up of biologists who tailor their approach to mosquito abatement to suit the island’s conditions. Lakes supervisor and biologist Matt Hill is licensed as a commercial pesticide applicator through the Clemson Department of Pesticide Regulation, which is maintained through acquiring continuing education units, and is also a member of the South Carolina Mosquito Control Association. The team’s approach is called integrated pest management (IPM). IPM requires first assessing the pest situation, evaluating the merits of pest management options and then implementing a system of complementary management actions within a defined area. The approach can be iterative. Matt points out that “pest management is always a delicate balance between human comfort and environmental responsibility.”

The comprehensive mosquito abatement strategy begins early with larvicide — the team applies larvicide tablets in the island’s storm drains typically twice per year, in March and again in August using a long-term, 150-day tablet. The Lakes team also treats wet areas after heavy rains using a short-term 30-day tablet in swales, wooded lots, and at the request of KICA members when standing water is present. This targeted treatment kills aquatic-stage mosquitoes; since four of the mosquito’s five life stages take place in water, this treatment greatly reduces Kiawah’s mosquito population before it matures.

April through October, the team monitors mosquito counts in each of the island’s 30 zones. Because mosquitoes go dormant when temperatures drop below 55 degrees Fahrenheit, adulticide is not needed in the cooler months. When counts show that mosquito activity is high, the zone is sprayed with a mist of adulticide. Spraying is generally done early in the morning, from 4-6 a.m. with a truck-mounted sprayer. This sprayer is effective over a 300 foot swath from the truck, reaching most of the island’s inhabited areas.

KICA’s team is licensed and maintains strict adherence to the protocols outlined in the chemical application label. This is not only federal law but it reduces risk. For example, by spraying from 4-6 a.m., the team avoids widespread non-target mortality, or the death of beneficial insects, such as pollinators. It also largely avoids people and pets. Spraying is not conducted if winds are higher than 10 mph or if it is raining, per product label guidelines.

While the team’s strategy greatly reduces the mosquito presence throughout the island, you may also wish to reduce the number of mosquitos on your private property by employing these best practices:

Many property owners have taken an additional step by installing mosquito misting systems of their own. Once banned on the island, these systems have the potential to play a part in IPM when they are used properly. It’s best to have a licensed pest control service oversee the system. As with mosquito spraying done by KICA’s professionals, a misting system should not be run during the day when it is likely to kill other beneficial insects, such as bees, dragonflies and butterflies. Systems run during the day can also have adverse effects on people and pets. Make sure to run your mosquito misting system with these best practices in mind:

If you have a question or concern, you can contact KICA’s Lakes Management team at [email protected].