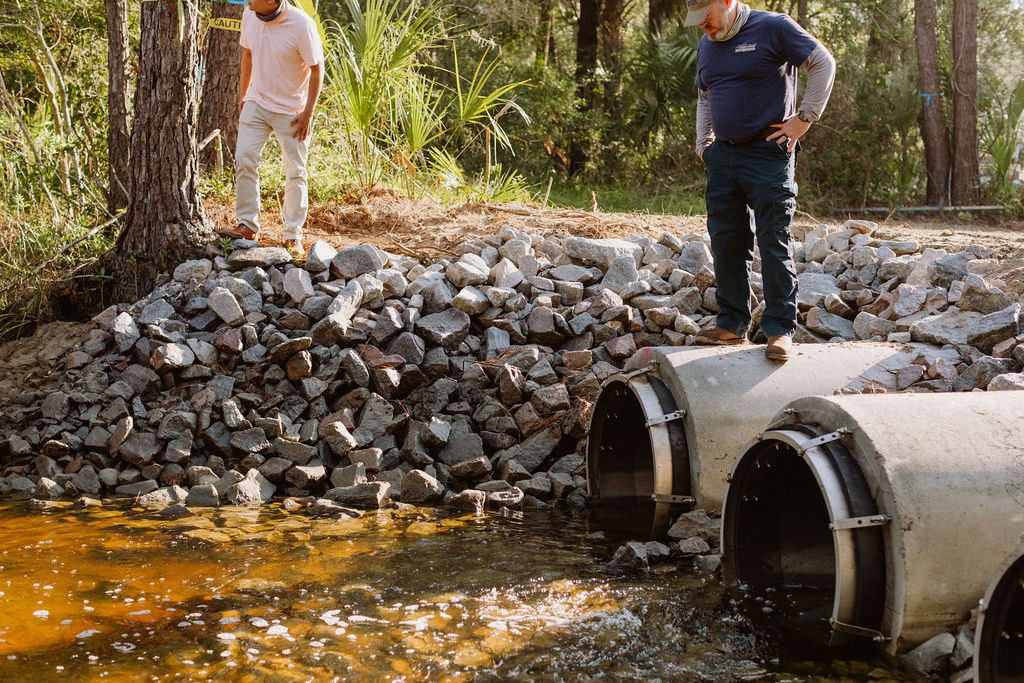 While there is still a long way to go to accomplish the entire list of infrastructure projects designed to mitigate the island’s most significant flooding susceptibilities, the decision to start with the most widely-beneficial has paid off. KICA’s Resilience Specialist Lucas Hernandez has been an essential part of KICA’s flood mitigation work from the very beginning. Lucas worked alongside KICA’s engineering team to map each potential solution on his hydrological model of the island. As part of his work on island resilience, Lucas also monitors flooding during storm events, like the tropical storms that passed over Kiawah in 2021.

During Tropical Storm Elsa in July, both new project areas were monitored by staff. In his report, Lucas wrote, “Overall, little to no flooding was observed on the island due to rainfall, storm surge or a combination of the two despite the island receiving somewhere between 2.2 and 4.4 inches of rain. Due to the amount of rain received in such a short period of time (approx. 5 hrs.), owners in the Settlement and near Trumpet Creeper were contacted to determine the efficacy of the first two Water Management Task Force Projects. Both areas remained clear throughout the entirety of the storm.”

Similarly, during Tropical Storm Mindy in September, staff drove the island to identify any areas with standing water. Trumpet Creeper Lane, Marsh Edge Lane and Sweet Grass Lane all remained clear and no flood reports were received from these areas. Additionally, no flooding was witnessed by maintenance staff at the Pond 30 project area during or after the event. Lucas wrote, “We also believe that the pond 30 project helped to relieve the flooding we have seen in the past at the Vanderhorst Gate, with similar amounts of rainfall at high tide.”

Critically, he stated that “though this is only the second time our improvements have been tested, we feel this speaks to the efficacy of our water management efforts. In all, the island fared well throughout the duration of heavy rainfall and both project areas continue to show enhanced drainage rates when compared to pre-improvement designs.”