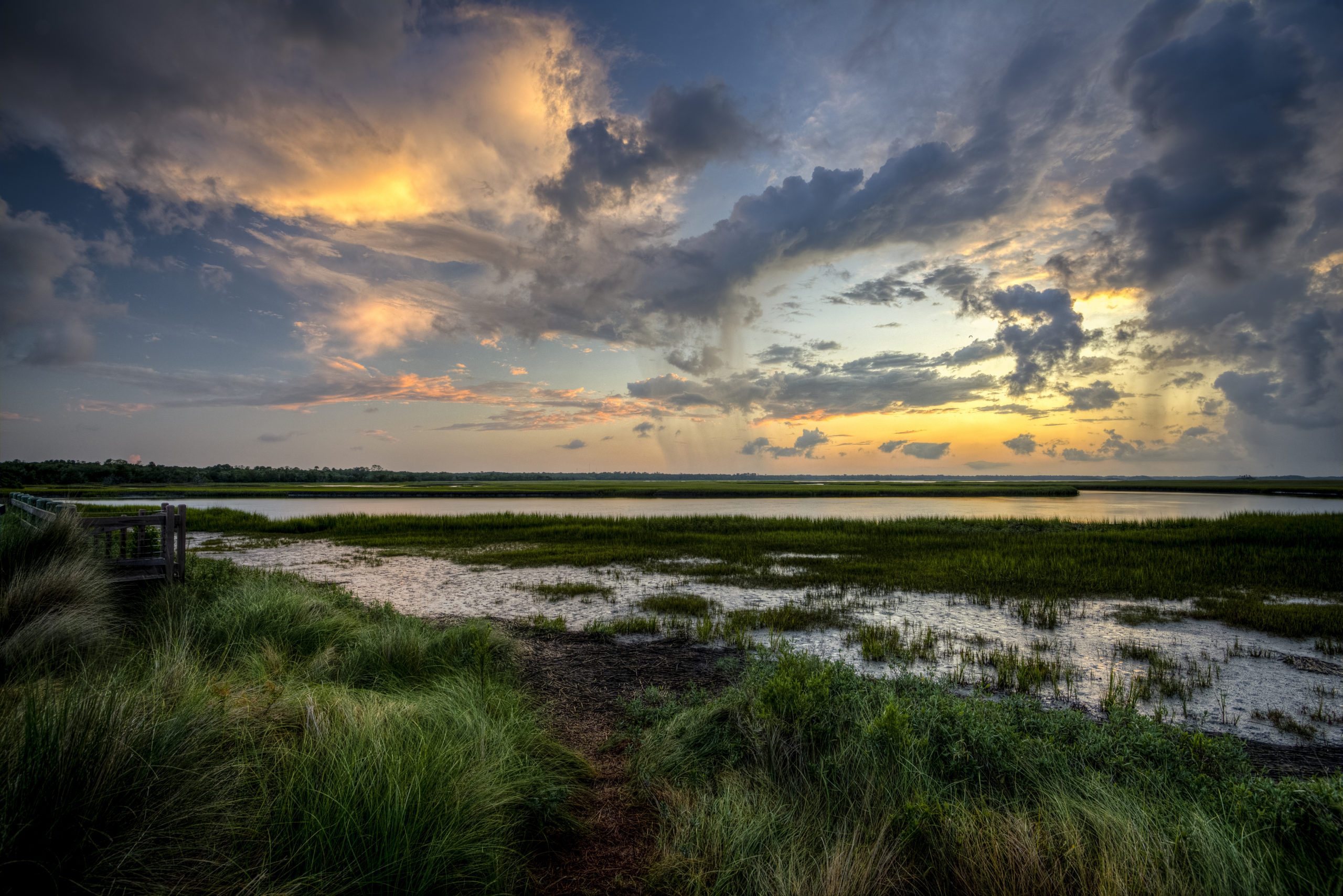 KICA takes the threats posed by tropical systems very seriously. In order to prepare more effectively for future storms, KICA’s resilience specialist has prepared this report on the effects and aftermath of the storm. On Sept. 9, 2021, Tropical Storm Mindy downgraded to a tropical depression as it made its way through southeast Georgia and passed by the South Carolina coast. The storm produced heavy rains over Kiawah Island and the surrounding area as it made its way out to sea.

On Sept. 8, Tropical Storm Mindy made its way through southeastern Georgia bringing heavy rains over the majority of inland Georgia and coastal South Carolina. According to reports from KICA Security, Kiawah Island began to see rainfall from the storm as early as 6:40 p.m.  By 11 p.m., Kiawah Island had received 1.5 inches of rainfall as the storm continued to make its way toward the Georgia Coast.

On Sept. 9 at 9 a.m., the National Hurricane Center indicated that the storm had downgraded to a tropical depression. Around the same time, the heaviest portion of rain began to fall on Kiawah Island.  Between 9 and 11 a.m., the island received approximately 3.5 inches of rainfall, which was followed by light rain into the afternoon. Within this same timeframe (10:33 a.m.), the Kiawah River Bridge tide gauge recorded a water level of 7.5 ft., which was almost 1 foot above the predicted high tide for the day. The difference in observed and predicted values at the tide gauge can be attributed to a combination of accumulated rainfall and the winds from the tropical depression. The maximum wind speed recorded at KICA’s weather station was 14 mph and the 24-hour rainfall total was 4.5 inches. Following the storm, there were a few drains across the island that were clogged by debris. This resulted in localized flooding, but all roadways remained passable throughout the storm event.

In reference to the pond 30 project location (yellow star) in Figure 1, the 4.5 inches of rainfall we received was equivalent to a 2-year 24-hour rainfall event despite occurring within a matter of only three hours. Furthermore, the modeled 2-year 24-hour rainfall event predicted flooding in the immediate areas of the Kiawah Island Parkway, the Settlement and Salt Meadow Cove. This outfall was created in order to relieve pressure from the Beachwalker drainage basin that spans from the Vanderhorst Gate to Beachwalker Drive (see Figure 1).

Both KICA and STANTEC models indicated that there was a bottleneck between pond 29 and pond 30. Rather than removing the connection between ponds, a new outfall was constructed at the tidal inlet near Sora Rail Road to provide for an additional outlet when the Beachwalker system is overtaxed. The system is also equipped with flap gates to prevent tidal backflow during king tide events. (See details for KICA’s flood mitigation projects here.)

The Trumpet Creeper Lane project (Figure 2) is in the final stages of completion but has recently been dredged and many of the older pipes have either been cleaned, repaired or replaced completely. The dredging was done to clear the inlet of sediments that have collected and blocked outflow pipes connected to the inlet near Governors Drive, Sweet Grass Lane and Marsh Edge Lane. This system collects water from Trumpet Creeper Lane, Sweet Grass Lane, the immediate area of Governors Drive and most of Marsh Edge Lane.  This project area will also incorporate a similar outfall system to mitigate tidal backflow from entering the ponds in the future.

During the event, KICA Maintenance drove the island to identify any areas with standing water. The only location with a significant amount of standing water was just past the maintenance facility on Kestrel Court. Once the rain subsided, the Lakes team cleared the debris and the water began to dissipate. Trumpet Creeper Lane, Marsh Edge Lane and Sweet Grass Lane all remained clear and no flood reports were received from these areas. Additionally, no flooding was witnessed by maintenance staff at the Pond 30 project area during or after the event. We also believe that the pond 30 project helped to relieve the flooding we have seen in the past at the Vanderhorst Gate, with similar amounts of rainfall at high tide.

Though this is only the second time our improvements have been tested, we feel this speaks to the efficacy of our water management efforts. Leading up to the storm pond levels were lower than average, so there was additional capacity for stormwater as Mindy passed by. After recording post-storm water levels, all measured ponds were slightly above average levels. In all, the island fared well throughout the duration of heavy rainfall and both project areas continue to show enhanced drainage rates when compared to pre-improvement designs.